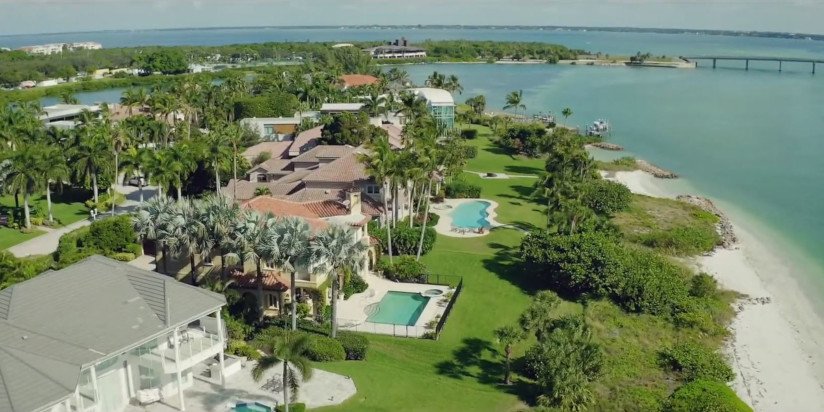 For seasoned observers of the Longboat Key real estate market, it would be a gross understatement to label Longboat Key Club as a mere residential community. Within this 410-acre property are life and leisure facilities that have contributed much in making Longboat Key one of the prime destinations for the discerning tourists visiting the southwest Florida Gulf Coast. It is also unique in the sense that the club has the only golf course among the barrier islands off mainland Sarasota and Manatee counties.

The Longboat Key Club Islandside was purchased by Arvida from the John Ringling estate in 1959. In the 1960’s, Arvida developed the golf and country club and offered sites to developers. In 1968, Harry Sudakoff developed an 8-acres site with the first residential structure of 78 apartments known as Sands Point. Development continued, and today you’ll find a hidden gem of 12 communities, nine of which are condominiums and three are single family enclaves.

A luxurious lifestyle is what’s in store for those who acquire real estate at the Longboat Key Club and Resort. People choose the luxurious South end of Longboat Key because living between an award-winning golf course and a private country club resort overlooking the stunning beaches of the Gulf is truly unique.

Unlike most Sarasota golf communities, the Longboat Key Club has its own private beach with complete water-based recreational facilities such as a deep-water marina with 291 boat slips. Other amenities include a heated Gulf-front pool and Jacuzzi. The casual and formal dining venues in the enclave are also anchored to the scenic views of the Gulf waters. Living here means having access to virtually unlimited waterfront activites. The Islandside is the club’s second golf course with its 6,792 yards played in fairways that border the Gulf of Mexico. It is considered among the most spectacular courses in Florida.

Acquiring any of these Longboat Key Club homes for sale promises premium values not found in other real estate in our area. What they offer is a relaxing lifestyle nourished by exceptional club amenities and the proximity to the fabulous Gulf beaches oftentimes only steps away from the residences. All these, coupled with the many other social, art, and cultural attractions at the Sarasota city center, certainly make Longboat Key Club Islandside a platinum choice in the real estate market.

Our site uses cookies and other tracking technologies to assist with navigation and your ability to provide feedback, analyze your use of our products and services, assist with our promotional and marketing efforts. OkPrivacy