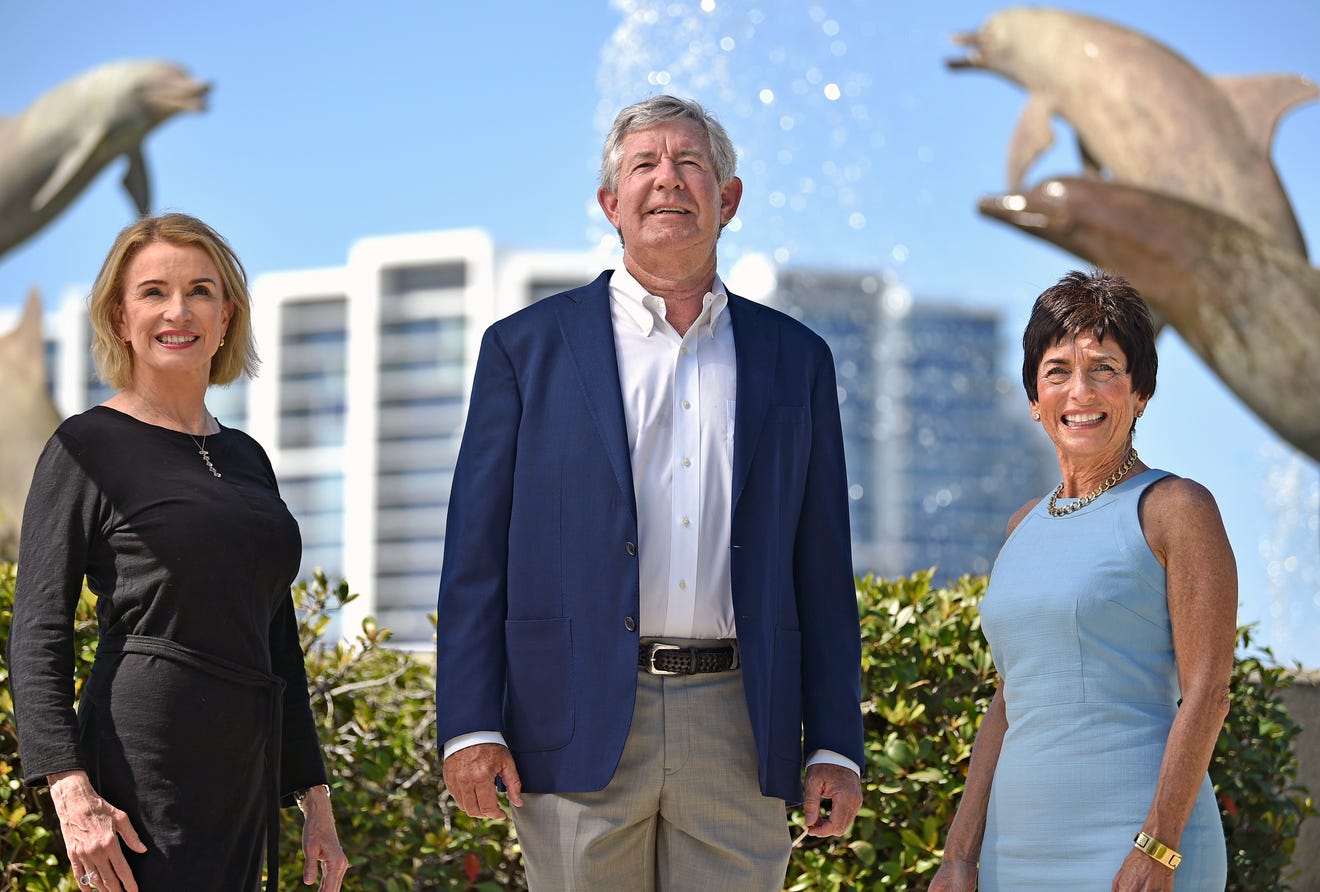 Bruce Myer topped the list of best-selling Sarasota real estate agents in 1983 with a total value of properties sold at $8.3 million.

Myer’s 1983 total would equate to $24 million in today’s dollars. Still, that’s far below the heights reached by top agents working in Sarasota and Manatee counties’ sizzling real estate market, including Myer’s more than $134 million in sales for the past year.

Real estate in Sarasota-Manatee, as in much of Florida and across the U.S., has undergone a dramatic transformation in a remarkably short period, changing the profession along the way. The area’s long-overlooked luxury segment has taken off, drawing new buyers who see bargains on the less crowded Gulf coast.

In the broader market, more buyers are chasing fewer properties for sale, driving up prices at a dizzying rate. Until recently, borrowing rates remained exceedingly low by historic standards, which, combined with pandemic-driven demographic trends have driven sales totals to the stratosphere.

Five years ago, only one real estate agent in the Sarasota area had ever tallied $100 million or more in sales in a year. Over the next couple years, two or three Realtors managed it. And in 2020, five Realtors sold property totaling in nine figures.

Then came 2021, not only did more than a dozen Realtors join the $100 million club but for the first time in this region, the $200 million threshold in closed sales was breached, according to Multiple Listing Service data.

“This past year has shattered all records” said Kim Ogilvie, who last year sold nearly $119 million worth of property. “To have this volume at this price range is unprecedented.”

Ogilvie, a Realtor with Michael Saunders & Company, started her career in the Sarasota real estate market in the 1980s, well before the area’s waterfront views demanded multi-million dollar bank accounts. Those were much quieter days.

“When I moved here in 1983, you could roll a bowling ball down Main Street and not hit a soul,” she said.

That’s not the case today. Downtown Sarasota has several condo complexes in the works, where units start above $2 million. There are also several luxury apartment projects that could add hundreds of new units to the market in the next couple years. Anna Maria Island recently had a Gulf-front mansion sell for $16 million, setting the record for a residential property sale in Manatee County.

Ogilvie said she thinks the area’s ranking as the best place to retire, one of the 10 best metro areas to live and the beaches making repeat appearances on numerous websites’ and periodicals’ “best” lists have helped a wider audience discover Sarasota property.

There’s also the pandemic related change to migration trends. When the pandemic forced many people into lockdowns, leading to many businesses to offer more remote work options, real estate markets like Sarasota’s, with year-round favorable weather and plenty of outdoor activities were positioned to capitalize as preferences changed.

Judie Berger, a Realtor focused on Siesta Key with Premier Sotheby’s International Realty, said before the pandemic she would start the year with between 20 and 30 listings. Berger had a closed sales volume of about $121 million last year. This year, she’s had as few as just a couple listings. The scarce availability has driven up prices.

“The irony is those sales figures happened with almost no inventory,” Ogilvie said.

Still, real estate agents tell the Herald-Tribune that Sarasota’s luxury market remains a bargain compared to the Miami and Naples markets. For years, the Sarasota luxury market has been overshadowed by the more established markets of Naples and Miami. In many ways, it still is. Ogilvie said there are just 13 active listings of more than $10 million in the Sarasota market.

There are 43 listings in Naples listed on Zillow.com for sale for more than $10 million and Miami-Dade had more than 200 listings of more than $10 million with several of those above $50 million.  Every new real estate agent in the business hears about the importance of landing listings, especially in the market agents find today. Data from the Realtor Association of Sarasota and Manatee released in the middle of March puts the total number of active listings at less than 1,300 for the two-county area.

“People think it’s easy because properties are selling so fast (in Sarasota),” Berger said. “But it’s actually much more difficult.”

The local Realtor association has a membership of more than 8,600 active real estate agents. That means that there’s about six Realtors for every home on the market. There were 7,750 real estate agents in May 2021, according to a RASM spokeswoman.

Without listings and with so few properties for sale, it may not be the best time to jump into the profession, said Myer, a Realtor with Coldwell Banker Realty’s Longboat Key office. He also said it could be hard to hit the $100 million mark again, his personal best after a $60 million year in 2020. Long-time Realtors who had connections stretching back decades were able to take advantage of the uptick in velocity and price of the Sarasota luxury market, he said.

Myer pointed out that nearly every broker who achieved more than $100 million in closed sales last year had been in the Sarasota market for decades.

“Everybody has buyers,” Myer said. “The people doing the best are the agents with the listings.”